Karakol isn’t just a gateway to Lake Issyk-Kul and the Tian Shan Mountains; it has also stood at a crossroads between East and West. Its colorful past is one of vibrant cultures and intrepid peoples, all of whom left their mark on the city over the centuries. To wander through Karakol is to wander through its history — a fitting counterpoint to the natural wonders that lie just beyond.

Note: Many of the attractions and sites below are part of the Karakol Walking Tour or use the Izi.Travel app to do a self-guided walking tour. Check out the Travel guide to Karakol below or read it online here. You can also find downloadable maps of Karakol and a special Google Map highlighting these sites.

This 1869 Russian Orthodox Church recalls Karakol’s time as a garrison town on the edge of the Russian Empire. Back then, it was a chapel for Cossacks and other troops — those who were a long way from home and perhaps wanted to pray for their families and safe passage on the return journey. During Soviet times, the church building took on many different roles, including as a dance hall for some years. Today, it serves as one of the town’s primary landmarks. Read more about the church's history.

Tip: Women must cover their head to enter the church, but the church provides scarves at the entrance.

You’ve never seen a mosque quite like this one. Built entirely without the use of nails, its intricate wooden sections fit together like pieces of a puzzle. Designed by the Chinese between 1907 and 1910 for the local Dungan community, it features unusual imagery — like a wheel of fire and a pagoda in place of a minaret — evocative of the Dungan’s pre-Islamic, Buddhist roots. Learn more about the Dungan Mosque.

Tip: Women must cover their arms, legs, and head — the mosque provides coats with hoods.

When you think of Central Asia, you probably picture yurts before you conjure images of sweet cottages, but Karakol’s Russian Quarter is full of intricately carved wooden gingerbread houses, and other architecture from the last two centuries. These cottages are a remnants of Karakol’s intriguing history as a frontier town on the edges of the Russian empire. Russian merchants built the beautiful, colorful houses — the more successful the merchant, the more elaborate the house.

Street is open all the time

This is the oldest mosque in Karakol, and was built during the 19th century by the Tatar people who moved to the area during the rise of the Russian Empire. This unusual mosque has had an unusual history: the Soviet Union actually repurposed it as a local movie theater during the mid-20th century! Its architectural details — green roof, blue dome, profiled lancet arches above windows, and pilasters make it worth a visit just to see the tremendous variation in how Karakol's different ethnic groups built their places of worship.

Founded in 1987 and located near the center of town, Bugu-Ene zoo in Karakol is the only zoo in Kyrgyzstan. The zoo started small with just a few antelope, reindeer and eagles, but now it has more than 23 animals for visitors to view, from tigers to wolves to llamas to camels.

Learn about Nikolai Przhevalsky, the 19th-century Russian explorer who gave Karakol its original name: Przhevalsk. The Russian Tsar sent Przhevalsky to the Karakol region area to find a secret short-cut to Tibet. When you observe maps of his route across Central Asia(including the giant ceramic one in the museum), you'll quickly realize just how close he got to achieving his mission. His journeys are a crucial lens through which to view the region, and will add context to your travels throughout Central Asia and/or China’s Xinjiang Province. The museum grounds include Przhevalsky's tomb, marked with the statue of an eagle (supposedly facing Lhasa, Tibet), and a large, tree-covered park.

Village Pristan Prjevalski, about 15 minutes outside town by taxi or marshrutka

The museum features historical and cultural artifacts about Karakol and traditional Kyrgyz nomadic culture. Towards the back of the museum is a permanent photography exhibition of work from respected Swiss adventurer Ella Maillart — Europe’s first documented solo female traveler in Central Asia. Maillart's black-and-white photos offer a window into another world, a world before Central Asia fell under the reign of the Soviet Union. The striking images are timeless and contemporary, depicting a vanished world that somehow still feels very close at hand.

Tip: Visit at the beginning of your time in Karakol; the pictures will help you better understand and appreciate the city and the area.

Designed as a space to benefit travelers and locals alike, the Karakol River Park is a calming oasis of rushing water, peaceful benches, children's play-spaces, and fresh air. It also serves as the host site of Karakol's city festivals and numerous local events and performances. Karakol River Park is conveniently located near a number of the city's guesthouses; it's the perfect place for an evening stroll to connect to the local pace of life in Karakol.

This popular park is awash in culture and community. Families stroll the miles of paths, joggers partake in morning exercises, and newlyweds pose in the shady lanes. Spruce trees line the park's alleyways and give way to a Soviet-era monument honoring the heroes of World War II. More unusual is an independent Kyrgyzstan monument that remembers the victims of Stalin's regime (1927-1953). Toward the back is a recent memorial to remember those who died in the Great Urkun, the 1916 revolt against Tsarist Russian forces which resulted in a mass escape of Kyrgyz people into China. It's estimated that the exodus, including a treacherous journey through the high Tian Shan Mountains, claimed the lives of between 150,000 to 250,000 people.

Pushkin park is located in the center of Karakol town. This cozy, drowning in the greenery place is loved not only by local residents, but also by tourists. The Park was founded in 1895 and until 1934 was named after Nikolay Barsov, who was the first town governor.

Later the park was given the name of Russian writer Aleksandr Pushkin. The park is known for a rich variety of tree species. The park is designed in such a way that on its territory there are also harmonious attractions for children, and a green zone with wide pedestrian paths.

Karakol Map of Attractions and Museums

An Experiential Travel Guide to Karakol, Kyrgyzstan: 25 Ideas to Get You Started

Check out the Travel Guide "Karakol Experiantial Guide: 25 Things to Do and Eat" developed by Uncornered Market or download the Issuu app to have all useful articles about Karakol on your mobile phone.

More things to do in Karakol 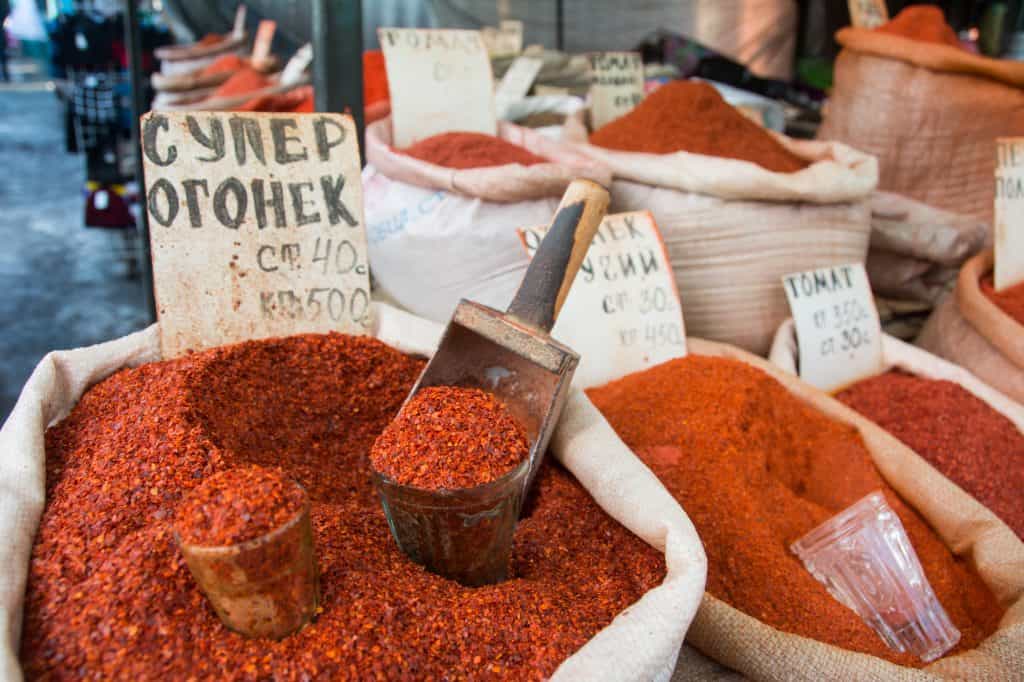 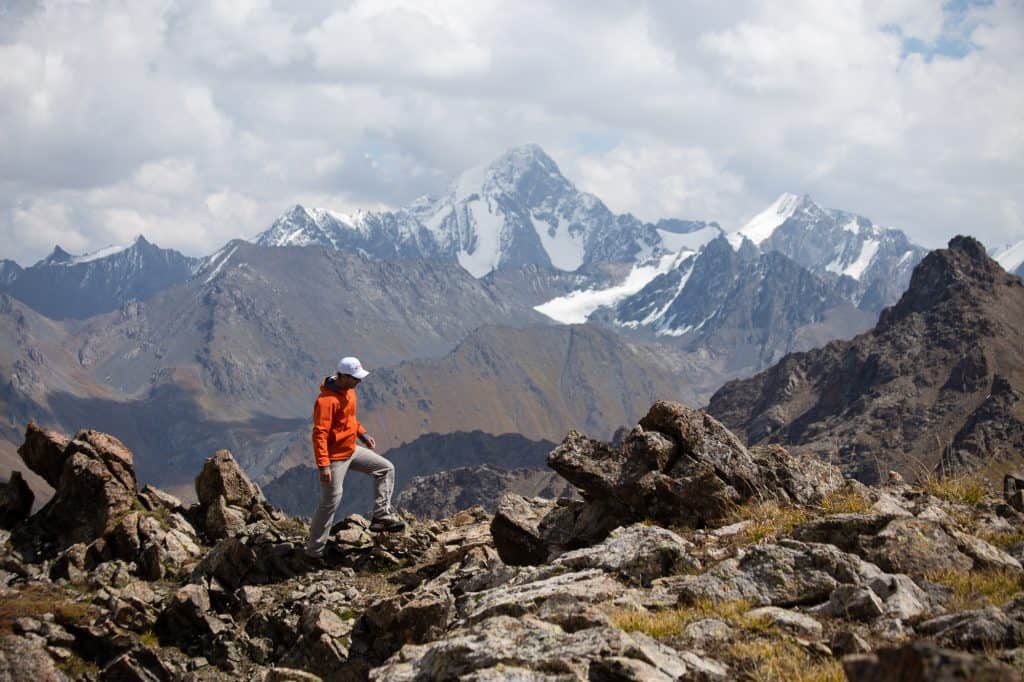 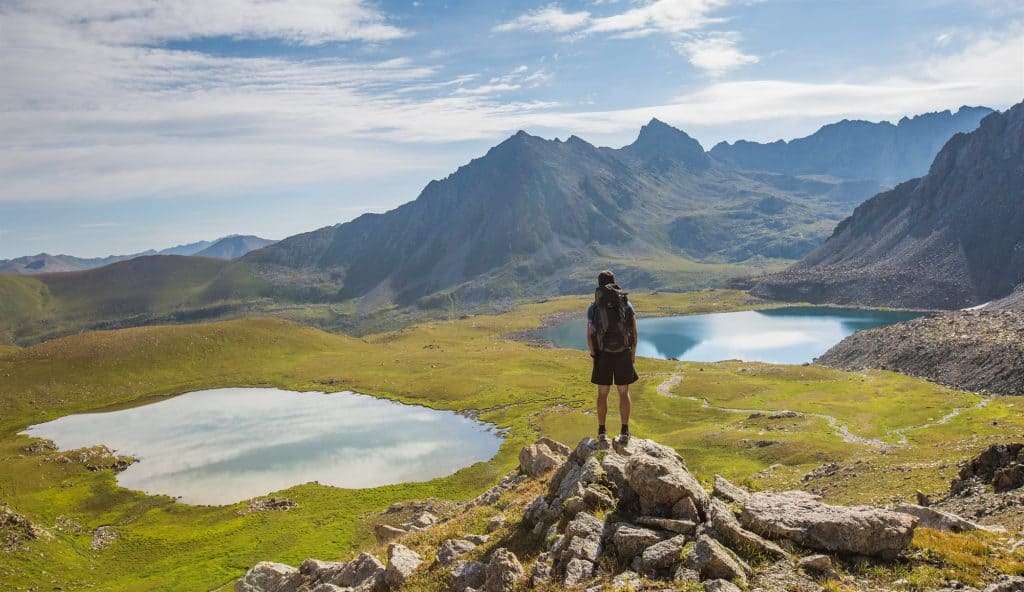 Share on TwitterShare on FacebookShare on PinterestShare on LinkedInShare on Email
X
This site uses cookies to store information on your computer. Some are essential to make our site work; others help us improve your user experience. By using this site, you agree to our use of cookies. Read our privacy policy to learn more.OkRead more